I’m sure that some time ago we all see the advertisements of Vishal Mega Mart. And after sometime advertisement of Reliance Fresh Mart is everywhere then BigBazaar, then Spencer mall. There was a time where we all can see the malls of Reliance, Vishal, Bigbazzar, Spencer, and Tata in-between that suddenly a Brand came D-mart which became successful in the Supermarket chain. How D-mart became successful, How it becomes India most profitable supermarket network, What is the D-mart Business Model, What did the D-mart do to takeover the Reliance, BigBazaar, etc. Before discussing the above points let’s have a quick introduction about D-mart and the founder of D-mart.

D-mart is currently operated only in India but in an interview, Radhakishan Damani founder of D-mart tell us that soon they will start operations in other countries. The net Income of D_mart is $133.84 million (FY19). Revenue of D-mart for the financial year 2019 is $2.71 Billion. Neville Noronha is CEO of Avenue Supermarkets. (parent company of D-Mart)

D-mart is founded by Radhakishan Damani in the year 2002. 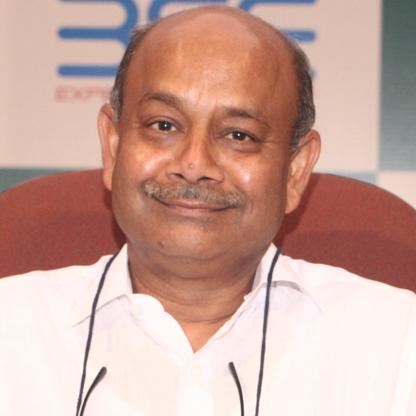 Radhakishan Damani is an investor in the stock market. Radhakrishnan Damani is a well-known stock exchange investor and he’s still busy in Stock market. That is something, which makes him a more demanding and better entrepreneur from the remainder. He can analyze the companies in better ways.

To illustrate, Damani started with a meager amount in Stock marketplace. In the 80s when nobody was interested in Gillette, The shaving alternative company, Damani saw a big opportunity and invested a good amount in Gillette. That is how He can observe the market, Society and people’s demands and needs.

So now you all know about the D-mart wiki and other info and it’s time to jump to our main point that is the Business model of d-mart. As we all know that the founder of Dmart(Radhakishan Damani) is a great businessman and investors who plan for the long term. As we see in the case of Gillette.

Radhakishan Damani belongs from a middle-class family so have the idea about the needs and wants of the common people of India. The simple logic or objective of any business is Consumer satisfaction. Radhakishan Damani knows that Indians want to buy a product at a cheap rate and they want all the products under one roof.

Most of the property of the Dmart is owned by themselves. They ignore the rental system. If they take on rent then at that they go for long term lease like 30 years or so on. Owned property give profit and advantage in long term basis.

D-mart mostly opens stores in outskirts of the city area. Like in Mumbai, stores are available in Andheri, Borivali, Malad, Kandivali, Bhayandar, Mira Road, Virar, Vasai, Thane, Kalyan, and Dombivali as well. In Pune, D-mart is well known and has many stores if I am not wrong there are more than 6 stores just in Pune and the surrounding region.

Radhakishan Damani started small and expanded slowly. Starting on a low scale gave favor to Damani i.e. identify the problems and rectify it. After all the problems and plans Dmart start expanding. Dmart started earning profit from its initial stage.

Credit and delayed payments in the retail business are risky because they can badly impact your supplies and costs. Damani keeps away from credit and pays sooner than his suppliers expect.

Dmart focus on the quality of all the products and also they focus on the affordability. The reason why they start growing is quality only. The non branded products which generally doesn’t have quality are being purchased by Dmart and then quality is assured and sold in Malls in affordable rates.

D-mart targeted customer is middle and lower middle class. They focus on fulfilling the needs and wants of the common people of the country and ignores the higher class people who search for branded products.

Today the major problem while going in shopping is parking of the vehicle and here Dmart takes a smart move and has good parking space in most of the malls. Thatswhy people prefer to go to Dmart rather than others

Credit and delayed payments in the retail business are risky because they can badly impact your supplies and costs. Damani keeps away from credit and pays sooner than his suppliers expect.

Dmart buys the products in bulk so that they can have a good discount and provide that discount to the consumer to attract them.

Damani buys the products directly from the companies/factories which lower the price of the product and this help to give a discount to the consumer to attract the consumers.

Food products & food grains are available in D-Mart. Foodgrains are something which ladies of India are more interested in(after clothes & cosmetics), and conscious too. The quality of wheat, rice, pulses, sugar, etc is simply unmatched with any other store. This is how D-mart convinced a common family to visit D-mart.

Indians consumer is more attracted where the discount is allowed. So, Dmart allows a heavy discount to attract consumers.

This reason is according to me so this is not an official one. When you entered the dmart mall you have a reason or the product list which you want to buy but you buy some additional or other products also because of the heavy discount.

For Example, You entered in Dmart to buy Rice, wheat, sugar, chocolates and while purchasing these products you saw biscuits which have 10% or 20% discount and you buy biscuits also this increases the profit of Dmart.

Dmart earns profit by selling the products as same as a normal retailer do and also by Slotting fees.

Slotting fees are the same as entry fees, for example, you have a soap making firm and you want that your product is sold in dmart then you have to pay some fees to dmart.

Dmart is India most profitable and one of the biggest Supermarket chain. Dmart founder Radhakrishnan Damani is an investor and the founder of Dmart. Dmart is a profitable business from its initial days. D mart focus on the satisfaction of the consumer and offer quality products at a cheap rate and provides a better service than other supermarkets.

If, you like this article on D-mart Business Model | Revenue Model | Radhakishan Damani | Case Study then don’t to share this with your friends and family on your social media handle. If you have any suggestion or query related Dmart business model then comment below will reply very soon.

I am sure that you all must hear about...
Read more
Uncategorized

https://www.youtube.com/watch?v=X43tGLY7xLA The Mahabharata is called the fifth Veda. Many incidents,...
Read more
Uncategorized

I Won’t See a graveyard That ShabeBaraat

Life Won’t be the Exact Same

As a result of ongoing state of affairs that...
Read more